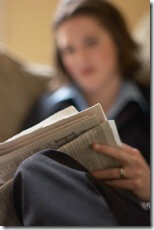 Microsoft has been busy this week announcing exciting changes, and Visual Studio 2010 and .NET 4.0 is certainly at the top. It’s always very exciting when new versions of Visual Studio come out (or maybe that is just me).

The one exciting feature of Visual Studio 2010 is the enhancement in terms of testing; Visual Studio 2010 will come with a “black box”. Basically, you will be able to fully record what testers are seeing, this should make finding those tough errors a bit easier.

For right now, you can find some screenshots of the new version on the net. Channel 9 should have some videos posted later today. To get a hand-on experience, we will soon be able to check out a new CTP.

The official release date hasn’t been announced, but it is expected to ship in the first half of 2010.

Posted in .net, news and tagged with .net, visual-studio.