Hi there! Je m’appelle… I mean… My name is Mark, (“Hi Mark,” says the crowd). I am a professional software developer specializing in web applications, but who isn’t these days, right? Damien has been bugging me to start blogging my experiences for a while now. I finally gave in. Since I have been through my fair share of “gotchas” and nuances while programming, I figure it is about time I start sharing these experiences with others. If each blog post I write helps at least one other person, then I feel it is absolutely worth it.

The Apple™ That Started It All

Alright, here is where the boring “How I got started” stories come into play. You don’t have to read this, just skip to the interesting stuff.

I first started writing code when I was about 8 years old. My friend had an Apple computer with BASIC on it and we (somehow) learned how to use it in its most rudimentary sense. Mind you, this was back around 1991 when it was still pretty cutting edge and we didn’t have the Internet at our disposal for BASIC research. I still remember how much mischievous joy it gave us when we first wrote the following:

We thought we were so clever. Surely no one else was smart enough to do that! We just knew that when someone “accidentally” ran our program, it was sure to halt their whole computer and create an inescapable loop of total destruction, MUWHAHAHAHAH!!! Thankfully, that never came to fruition, and even when we persuaded our fathers to run the program, they bested us with their knowledge of the shortcut keys for the command to terminate the running program. We were foiled and humbled. Nevertheless, this started off my interest in writing software.

The Rise to Code Monkey

When I was in my summer between 6th and 7th grade, I was privileged enough to begin a summer program through Johns Hopkins University called CTY (Center for Talented Youth). It was a 3-week extra-curricular (and voluntary) summer school program where young, smart kids are awarded the opportunity of taking intensive, college-level classes for 9 hours a day while living in dorms on college campuses. It was a wonderful experience for me and I attended for 3 years in a row. My third year, just before my first year of high school, when the name was changed to Institute for Academic Advancement of Youth (IAAY) I was enrolled in my first Computer Science class. The class itself was taught mostly in Scheme (based on LISP), but while the teacher was droning on, I wound up learning HTML and Web Page design from my classmates. The next day I had my very own Geocities home page complete with loads of animated gifs. Enter my transition into the online world of the Internet.

I became a web designer for a few local friends and businesses in high school, including building the first web site for my high school itself. There were not many computer classes in my high school aside from introductory HTML, which I was already far past in experience, so I am mostly self-taught in Web Design. Towards the end of high school I started playing around with JavaScript and PHP in order to make some more useful web applications, rather than just static content sites. This was around 1998, I can’t even imagine how students are different now. They are probably already making tablet apps in sophomore year now.

I enrolled in a B.S. Computer Science program at Wentworth Institute of Technology in Boston, MA, despite a few other potential interests I had for a major, including Psychology. The first iteration of the Microsoft .NET platform was released in my freshman year. Thus, I never had much instruction on it through my entire college career, aside from the small projects I challenged myself with in my senior year. I quite enjoyed the concepts of Database Design in college and I was fairly good at it, especially making some massive, poster-sized ERDs for in-class projects. After a couple internships between semesters with a DoD contractor, I landed a part-time, between-class job as a web developer for Aramark, the food service provider for my cafeteria. I was able to work where I wanted, when I wanted, and even got free food whenever I wanted. It was a pretty good gig for a college student.

I became very interested in the .NET platform while I was in college and after I graduated, I was again lucky to land a very good paying job at XL Capital in Hartford, CT. I worked there as a contractor learning a lot about .NET Web Forms development, sadly in VB.NET at the time. I later picked up C# and maintain it as my preferred language wherever possible. Now if only they would make it platform-independent. (PLEASE?)

From there, I have been floating through the world of professional software development and trying to take bits and pieces of new learning and experiences away from every position.

I enjoy computers and coding, but I am not as hopelessly in love with it as some of my friends and colleagues. I have many other hobbies, some of them expensive, that keep me occupied when I am not being a computer nerd. Some of them are very common with the geeky crowds, some aren’t.

“Wow, Mark. Those all sound interesting, but what do you ever do for fun?” Despite the fact that I do consider those fun, when the tasks aren’t too overwhelming, I guess we all need to let loose once in a while and not have to be so productive. That brings this second list:

I am sure there are more hobbies I forgot, but these are the main ones. I have so many disparate interests that it isn’t worth listing them all anyways.

After dabbling in some JAVA and Spring MVC at Alion Science and Technology, a defense contractor, I decided it was time to move back into the world of .NET. I took a job in Hartford with the State of Connecticut Department of Education doing exactly that. I brought my experience with newer technologies and the MVC architecture to the team to push them forward. It was certainly an adjustment moving from a strict, mil-spec engineering company to a state agency, but there are ups and downs to any job so I make the best of it. I love coding with .NET and it certainly makes me enjoy (most of) the coding experience.

Next step… Ruby on Rails.

Posted in misc, news and tagged with hello-world, introduction, personal. 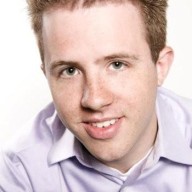 I am a software engineer with 9 years of experience. My primary focus is on Microsoft systems and technologies, in particular I am often involved in web development with ASP.NET MVC and the .NET 4.5 framework using C#. I also have experience in using Spring MVC using Java. Throughout my adventures in coding I have found many nuances and gotchas about coding, in addition to finding good coding practices along with "less-than-good" practices. I would like to share the knowledge I have gained over the years with others such that you all can benefit from my pain without having to endure it yourself. Enjoy!